TecAp is the first microfranchise in Nicaragua

Microfranchising, based on some of the advantages of the commercial franchising system but tailored to help replicate poor women’s microenterprises, has been very successful in Asia and Africa but is largely unknown in Latin America. An IDEAS study based on interviews of 50 enterprise development professionals in 2011 and paid for by the Inter-American Development Bank found no example of a microfranchise in Nicaragua but lots of potential. With our pilot, we have proven there to be an exciting new market opportunity and have started to build the first microfranchise based on women selling solar and new technologies.  Less than a year after we started, other organizations are beginning to copy the TecAp model for other poor communities.  We continue our work as social entreprenuers in creating new mechanisms of economic opportunity for low income people.

A microfranchise is a proven business with established operations and marketing strategies that can be easily replicated by a microentrepreneur who is a microfranchisee with the technical assistance of a microfranchisor.

Microfranchising is an innovative & less subsidized way of developing microenterprises that grow quickly.

A microfranchisee is a very small business woman or man who gets technical support and advice to make her/his micro enterprise grow much more quickly and systematically.

How is microfranchising similar and different to commercial franchising?

To learn more about microfranchising from a document written by IDEAS, click here.

Diagram below describes how Microfranchising works 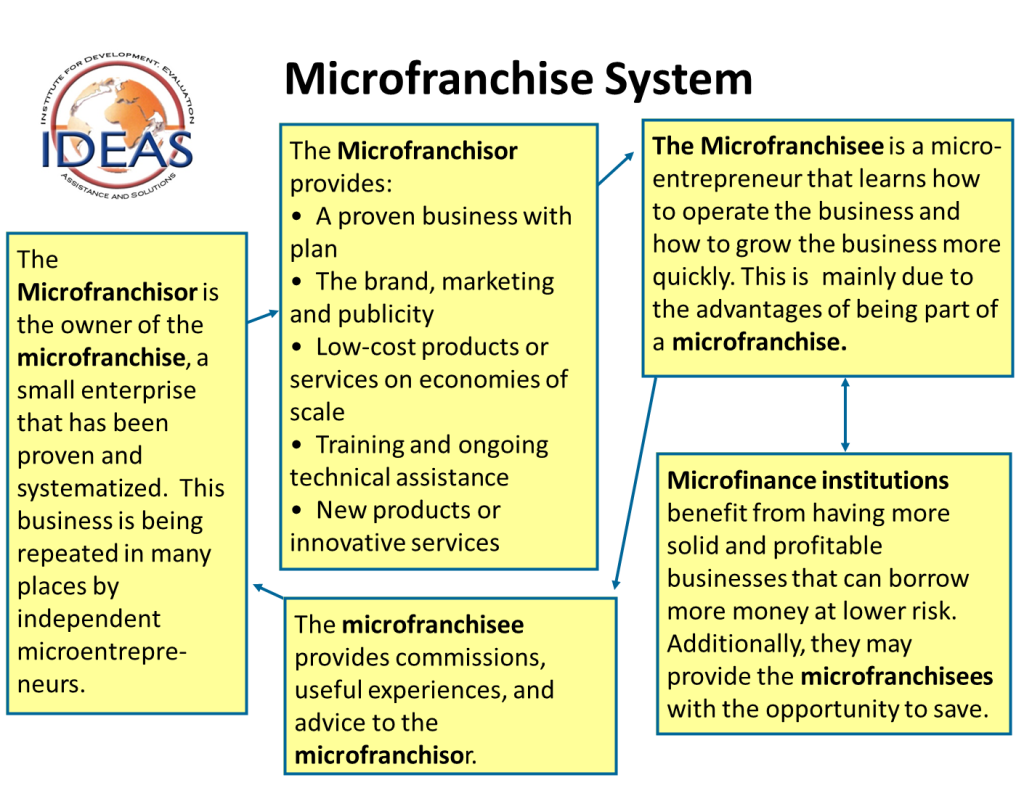 Some of the recent activities by IDEAS in promoting microfranchising include: